An interdisciplinary research project looking at how people accessed help in family disputes has just published preliminary findings from a national survey into the three major forms of out of court family dispute resolution which are Mediation, negotiation between Solicitors and Collaborative Law.

The three year study commenced in July 2011 and is funded by the Economic and Social Research Panel. 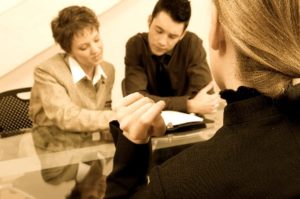 Generally Mediation was recognised as the most common way of dealing with matters outside of Court but there was also higher than expected recognition and experience of Collaborative Law, which has only really been available in Britain since 2006.  Collaborative Law also achieved the highest level of satisfaction amongst the participants to the questionnaire.  There were some problems expressed with Mediation, some clients feeling dissatisfied as they felt intimidated and unprotected by the Mediator.  There is often insufficient time spent explaining the difference between Mediation and the Collaborative process.  They may sound similar but in practice are very different, particularly if you feel vulnerable or anxious and need the support of a solicitor with you in negotiations.

In Mediation you are on your own with the Mediator and your partner or ex-partner.  That can be frightening or at least intimidating, certainly disconcerting. The Mediator does not intervene on your behalf, the Mediator is neutral.  However this can be a very cost effective way to negotiate settlements but equally it can be intimidating.

With Collaborative Law you have your lawyer with you who supports you but also in the collaborative process, both lawyers are trying to reach a settlement and it is all carried out in a very open and transparent way with all parties present.  There is little opportunity for either intimidation or for one party to become aggressive or intimidating or to be difficult about seeking compromise.

The survey found that people going through divorce found Mediation very hard emotionally as a process – but Mediation is designed to be in parallel with using a solicitor who should support you through the process.  Very often though, of course, cost means that people are reluctant to spend time with both Lawyer and Mediator.

A significant finding of the research was that of the divorce/separated post 1996 sub-sample, women who were offered Mediation were less likely to take it up (49%) then men (71%).  Although of those who did take it up, women were more likely to be neutral about the process (40%) whilst men were significantly more likely to be dissatisfied (55%).

1)   Children. They can be a source of great joy, but also of great stress. Becoming parents introduces a... read more

I recently heard Evan Davies on the Radio talking about trust in the business context and how recent research... read more

One of the secrets of Facebook’s success has been the way it allows us to maintain relationships we value... read more

I read a fascinating book called ‘The Science of Love and Betrayal’ by Robin Dunbar, all about why people fall... read more

Managing Christmas as a divorced or separated parent

Although it is only November, as soon as the clocks go back it seems that everyone is trying to... read more

A typical matrimonial asset would be the family home; bought together, lived in together and when the parties separate it... read more

Medea is a Greek Tragedy written by Euripides around about the 5th Century BC. It tells the tale of... read more

The new Children and Families Act 2014 has been given royal ascent and the majority of the provisions of... read more

Find out about the cookies on this website.
Necessary Always Enabled
Necessary cookies are absolutely essential for the website to function properly. These cookies ensure basic functionalities and security features of the website, anonymously.
Analytics
Analytical cookies are used to understand how visitors interact with the website. These cookies help provide information on metrics the number of visitors, bounce rate, traffic source, etc.
SAVE & ACCEPT
GOVERNMENT FUNDING AVAILABLE FOR MEDIATION
We offer £500 worth of free mediation. This is funding available to everyone for joint child-related mediation meetings. Contact us for more information
+ +