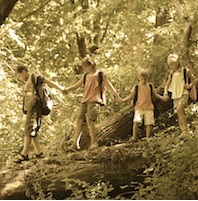 The new Children and Families Act 2014 has been given royal ascent and the majority of the provisions of this Act came into force on 22nd April.  At the same time the provisions include a new Family Court.

The Government is stating that it wants the welfare of Children to be at the centre of the Family Justice System and to keep families away from the negative effects that going to Court can have.  Accordingly one key provision is to ensure that separating couples always consider mediation as an alternative to going to Court.  This shall already be the case but it is currently very often ignored.

Now separating couples are going to have to go to mediation or at least attend a preliminary meeting with a mediator, on their own to be given information about alternatives to the Court process and to discuss whether mediation would be suitable for them.

Many people have no idea that there are alternatives, so instead of rushing off to Court both parties can attend mediation or can agree from the outset that they will use the collaborative process which means that they will not fight in Court.  Generally when parties do end up in Court not only does it cost them an awful lot of money but it makes their relationship far worse and damages any possibility of an ongoing relationship which is essential if they are both going to parent their children.  Whatever the consequences of separation, if there are children then both parents are going to have to be involved in those children’s lives and damaging the relationship between those parents is not going to help the children.

The new Children and Families Act is also intended to improve the Court process by reducing delays.  But as with most things if more money is not put into the system then this is unlikely to happen in practise.  So it really is in everybody’s interest to engage more constructively with alternatives to Court.

Contact us
This site uses cookies. Some of these cookies are essential, while others help us to improve your experience by providing insights into how the site is being used. Find out more.