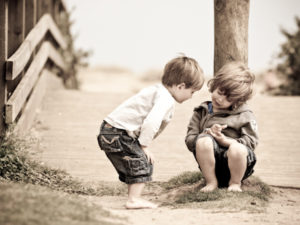 One of the most difficult conversations to have is the ‘what happened conversation’ and this is common within a marriage. Patton and Heen break down ineffective communication in the ‘what happened conversation’ into three common pitfalls: 1)      The Truth Assumption Too often during the ‘what happened’ conversation there exists the belief that you are right and the other person is wrong. However, there is little benefit to proving who was right and who was wrong.  Instead, the focus should be placed on the “perceptions, interpretations and values of both sides”. 2)      Assuming Intentions Another common mistake, is assuming the intentions of the other side. When we do this, we are more likely to decide that their intent came from a bad place which is not always the case. When we perceive someone’s intentions it affects our judgement of them and this will change the way the conversation goes. For example, in familial disputes a wife may assume that the husband threw away her cigarettes in an attempt to control, instead of seeing his intention as a way of helping her to achieve her goal of quitting. There is a significant difference between these two intentions and this will have an effect on the wife’s perception of the husband. 3)      The Blame Game During a difficult conversation, too much attention is placed on “who is to blame for the situation we are in”. This insistence that blame is placed is counter-productive. The only outcome is either/or and no learning occurs from this conversation. No one wants to be blamed for a situation and therefore they immediately go on the defensive, as opposed to finding a productive way to move forward.  It is important to recognise the distinction between blame and contribution and the focus should be placed on the latter. During a divorce, it is common that someone who feels wronged adopts a litigation approach as they want blame to be placed on the “guilty” party. However, it is unlikely that they will receive this feeling of vindication and instead will be left with a rather large legal bill. There are many difficult conversations that occur in a marriage.  Often, emotions are charged and it can be impossible not to fall into these traps - this is when a third party in required. Through employing the use of mediation services, it provides an objective third party to these conversations. Mediation provides a framework to keep the conversation on the right track: it doesn’t place one person in the right and the other in the wrong, it stops participants from making false assumptions about the other’s intentions and does not explore ‘who is to blame’. Instead the focus is placed on the best way to move forward. One of my favourite Thurber quotes sums up the value of mediation: “Let us not look back in anger, nor forward in fear, but around in awareness.”  Cotswold Mediation provides the ideal environment to have these conversations, with a warm, sensitive and expert mediator. For more information or to discuss further please contact Nicky Gough on 07711 527968 or email info@cotswoldmediation.com.
By Joanna CraigBlogcouple mediation, mediation for divorce, mediation midlands, mediation vs divorce, parental rights mediationComments Off
Read more...