Tag - using mediation to resolve a will dispute

A Family Disputing a Will – Could Mediation Have Helped? 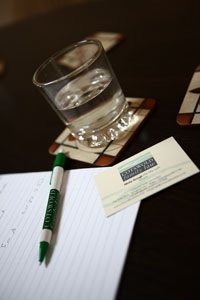 A judgement has recently been given by the Supreme Court in a case which involved a family disputing the Wills of their parents.  The case of Marley and Rawlings had been to the High Court and, just recently, the Supreme Court – so it obviously cost the family a considerable amount of money in legal fees. Lord Neuberger gave judgement in the Supreme Court and said that the Wills of Maureen and Alfred Rawlings should not be invalidated simply because they had each incorrectly signed the other’s Will – he stated that it was obvious what the intention was meant to be and this should be effected.  Both Maureen and Alfred had left the entire estate to Terry Michael Marley who was not a blood relation.  The mistake came to light after Alfred Rawlings’ death and his two sons argued that their father’s Will was invalid because it had been signed by the wrong person (Maureen).  That meant his estate passed to them as the nearest relatives. The case was first heard in 2012 in the High Court which had said that although the intention was obvious, the court did not have the power to rectify the Will, even though there was no doubt that the Rawlings had wanted Marley to inherit.  This meant that everything was to be passed to the sons.  This was completely changed by the recent judgement of the Supreme Court on the 22nd of January.  It stated that “whether the document in question is a commercial contract or a Will, the aim is to identify the intention of the party or parties to the document” and ensure that the intention was carried out. In other words, what the Rawlings had wanted in their Wills still stood, despite the mix up over the signature. The other point is, as I pointed out at the outset, that potentially hundreds of thousands of pounds have been spent by all the parties arguing over this - money which is now lost to the family.  It might have been a better idea to consider mediation and see if a compromise settlement could be reached without the huge sums being paid to lawyers.  An interesting point of law has been established but at a fairly considerable final financial cost to this particular family. For more information or to discuss further please contact Nicky Gough on 07711 527968 or email info@cotswoldmediation.com.
By Joanna CraigBlogcotswold mediation, disputing a will, how to dispute a will, mediators in Oxfordshire Gloucestershire Warwickshire, using mediation to resolve a will dispute, what happens if you don't agree with a will, willComments Off
Read more...